WHY DID YOU CHOOSE NIDEK FOR YOUR EXCIMER LASER UPDATE?

The Quest EC-5000 is the latest incarnation of NIDEK’s work-horse line of excimer lasers. NIDEK remains the only manufacturer to remain click-fee free. During the past 17 years, high-volume surgeons and value-based practices have gravitated to NIDEK because there are no user fees, no patient interfaces, no key cards, and no usage charges of any kind.
Two years ago, I purchased the Quest system because NIDEK had leapfrogged the competition’s population optimized wavefront technology. Their device-specific customized aspheric treatment zone (CATz) is a next-generation ablation pattern that leverages peripheral corneal tissue to achieve a final prolate cornea shape free from spherical aberration. CATz “shot-files” are based on the patient’s refraction and topography. Waring and Dougherty,1 in the FDA-filings for this device, proved a statistically significant reduction in night driving complaints post-operatively when compared with the patient’s best corrected pre-operative state. These findings, combined with an industry leading percentage2 of uncorrected 20/15 results post-LASIK, establishes Quest and the CATz algorithm as a performance breakthrough in excimer ablation technology.

DOES NIDEK HAVE TOPOGRAPHICALLY-GUIDED ABLATION?

HOW DO THE SURGEON AND LASER INTERFACE?

DESCRIBE USE OF CATz WITH A TYPICAL CASE

A 28-year-old patient presented with mild irregular astigmatism (Figure 1) and a warning from another LASIK center that a 20/20 result may not be feasible. I constructed a surgical plan addressing sphere, cylindrical, and irregularity. Final Fit generated the topography guided ablation pattern (Figure 2). This patient gained a line of BSCVA.

DESCRIBE USE OF CATz IN MORE DIFFICULT CASES

A 56-year-old post-LASIK ectasia patient had uncomplicated penetrating keratoplasty in each eye. Acuity was limited in one eye by significant irregular astigmatism (Figure 3) and a reluctance to wear an RGP. PRK with mitomycin was performed using the CATz algorithm. The patient, whose topography is shown in Figure 3, enjoys 20/25 acuity with spectacles 1 year later.

A 55-year-old, who had LASIK in 1999, tolerated limited spectacle acuity, glare, halos, starbursts, and driving difficulties for over a decade. The preoperative topography shown in Figure 4 explains these complaints. I performed topographically guided surgery and consequently enlarged the effective optical zone. The patient recovered 20/20 spectacle acuity and experienced a significant reduction in glare, halos, starbursts, and night driving issues. I have successfully treated several of my original LASIK patients who tolerated residual visual phenomenon from early generation excimer technology. Quest allows the LASIK surgeon to address an entire class of patient who, until now, have been underserved.

A distraught 29-year-old patient presented following complicated femtosecond flap creation and subsequent LASIK elsewhere. The novice surgeon had ablated tissue from both the stromal bed and the posterior flap. The resulting topography, shown in Figure 5, shows a 9.0 D astigmatic gradient across the visual axis. Two rounds of topo-guided surface ablation improved the topography which can be seen in the adjacent image.
Because correction of this patient required a segmental ablation of 20 microns (Figure 6), surgery was divided into two sessions 9 months apart. This patient gained a line of vision and now successfully wears contact lenses.

SUMMARIZE YOUR EXPERIENCE WITH THIS NEW PLATFORM

NIDEK’s Quest introduces CATz and Final Fit to the refractive surgeon. CATz maintains a prolate cornea and reduces spherical aberrations. When indicated, its segmental ablation pattern can extend these outstanding visual results to patients with modest irregularities in corneal astigmatism. Final Fit enables the surgeon to design the ideal procedure for every clinical scenario. In my opinion, Quest has expanded and energized LASIK.

James Lewis, MD, is a tertiary care anterior segment specialist who has practiced in Elkins Park, Pa., for 27 years. He purchased his first NIDEK in 1999 and has always had an interest in treating highly aberrated corneas with the excimer laser. Dr. Lewis reports no relevant financial disclosures.
He may be reached at jslewis@jameslewismd.com

Case studies described in the article were performed solely at the physician’s discretion without any endorsement from NIDEK. 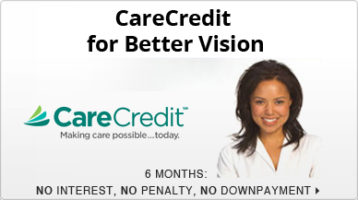 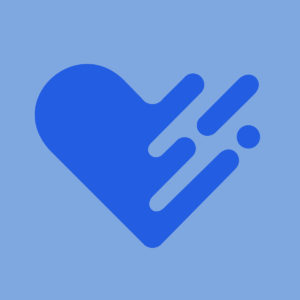 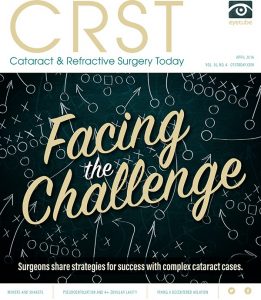